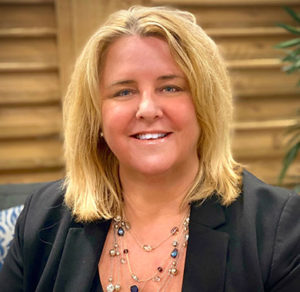 She comes to Chaney Homes as a Realtor since 2009. Prior to entering real estate, Jeanne worked as a television advertising account executive selling on both a national level in New York City (selling for top 40 markets around the country) and at a local level in Philadelphia for a television station. Calling on New York advertising agencies she handled accounts such as Sony Pictures, Proctor and Gamble, Burger King, etc. to sell regular programming as well air time in Olympics, professional sports and any special programming.

She holds a BBA in marketing from James Madison University. Original from the New York/New Jersey area Jeanne has resided in Maryland since 1999.

Jeanne is a mother of 4 and is married to a retired Coast Guard officer who is now a civilian for the USCG. She has volunteered over the years in her community coaching for Parks and Recreation youth basketball with the skills she gained as a player in college, her daughters 4-H Llama club, Adopt-A-Bear, school/church activities, a local nursing home and more.

In her spare time, Jeanne loves to cook, decorate and travel to many towns on the eastern Shore and bike with her husband. Her favorite activity is any day at any beach hunting for seaglass and shells!

She’s a loyal friend, mom, sister and daughter often helping others and love making a great meal with lots of people around the table. Organized and detailed -she’s used to multitasking and adapting to whatever a day can throw at you! This helps as every real estate transaction is so diverse with clients, homes, areas and situations which sometimes arise. Described by friends as “The most reliable person (they) know, and always someone to count on”.

"Jeanne worked with us for over 2 years to help us decide when would be a great time to put our home on the market. She is very through and responsive and gives great ideas! We love her!"
Sold a Single Family Home
"Jeanne is very professional. When I called her and she was unavailable, she ALWAYS returned my call in a timely manner. It took us a long time to find the right house and Jeanne made the process easy. When it was time to close on the house, she made sure that everything was in order. I would definitely recommend her."
Bought a Home
"Jeanne was so helpful and made the process totally stress free. She came highly recommended and I am so grateful, couldn’t have done it without her. She was available for inspections etc."
Consulted Me on Buying or Selling a Home
"I would HIGHLY recommend Jeanne Kent as a real estate agent. There were multiple houses that my wife and I couldn't afford, but she would still take the time to take us to these homes and help us get a better idea of what we were looking for. Jeanne ended up showing us the house we bought on a holiday. There is absolutely no one better. Jeanne was very informative since we were first time home buyers, and made the purchase as smooth and stress free as possible."
Bought a Single Family Home
"Jeanne was a pleasure to work with! She went above and beyond in many instances in helping with the sale of our home! She was always available and responsive to our needs! We royals highly recommend her."
Sold a Single Family Home
Review More Testimonials